[Disclaimer: QUASI INTROSPECTIVE CHEESE AHEAD. If you’re allergic to this sort of thing, go watch Jessica Jones instead.]

I rung in 2016 last year wearing hose. Sweaty, sticky with glitter, I hugged my best friend on a stage in front of drunk people after an evening of casual high kicks and twerking with R.A.I.D. I was sober, but not just because I didn’t have anything to drink that night.

I realized that 2015 needed to be different. I was bored, personally and professionally, and wanted to get rid of what was weighing me down: one sided relationships (in love, at work and in friendship).

So, I moved - and more than just geographically. And though not all those moves were the right fit, right away, I did what had to be done.

Travel: Waikiki, New Orleans, Vegas, Seattle, Scottsdale, Manila and Boracay. In short, I ate a lot. And, discovering some new gems in San Francisco and LA certainly helped too.

Humility: I survived two jobs in one year. So can you. Also, admitting that people you love are actually terrible people takes more than you think. And letting yourself be loved – and vulnerable – is humiliating in the best way.

People: I’m turning into a more American version of my two parents. And that’s definitely OK by me. Family has a funny way of activating every kind and cruel part of you, and seeing them a good reminder of the potential inside of you: good and bad. 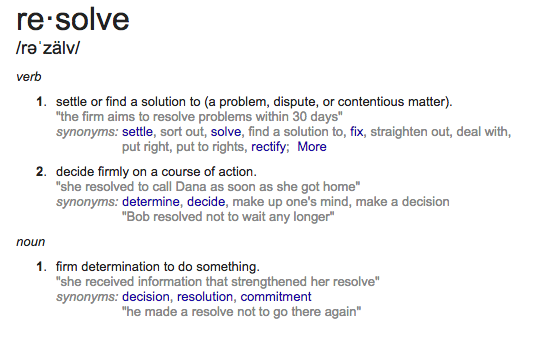 That’s it. Usually, I have extremely specific career-oriented resolutions. But this year, I realized that work isn’t everything.

So, in 2016, here’s to kindness - to not just people I love, but to strangers. To clients. To colleagues. And especially, myself (both physically and emotionally).

And I’m not just talking about being a nicer person, or more pleasant, but to just practice and retain empathy, to have eyes, ears and a heart open to listening and observing and anticipating needs.

So here’s to a wonderful year. I hope it is as kind to you as I intend to be.

I suck at a lot of things. Math. Driving. Controlling my fits of rage. Relationships. God, isn’t LC just so sad? The ultimate everywoman. Sigh, you’re still a jerk, Jason. But just because I totally blow at these things doesn’t mean I... Continue →